How This Stay-at-Home Dad Makes $200,000 Per Year in Passive Income – with Sam Dogen 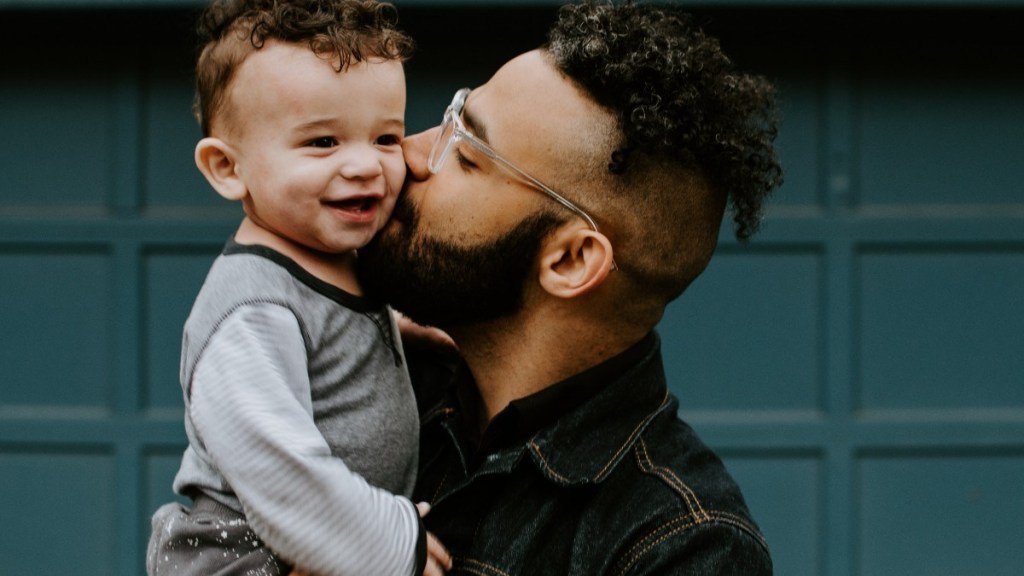 A lot of us have had this moment in our lives: we become parents and we want less time working and more time with family, but the income is just not there to support it.

Today, we talk with someone who has developed enough passive income to spend less time on work and more time raising his son. Sam Dogen is the writer behind Financial Samurai, a blog and podcast dedicated to slicing through money’s mysteries.

He is a regular contributor to CNBC and he's been featured in major publications like MarketWatch, Business Insider, and Forbes. When he's not writing or talking about money, he likes coaching and playing tennis and enjoying delicious food in San Francisco with his wife and young son.

We dive deep into why he got into passive income, the methods he used to get started and his life as a stay at home Dad.

Why Sam Built Up His Passive Income

Sam Dogen worked in the finance industry in international equities, sales, and trading straight out of college. He worked long hours, had demanding bosses and difficult clients. His salary started at $40,000 per year.

It all started in August 1999, when he would get into work at 5:30 am and not leave until 7:30 pm. After one week of 14 hour days, he knew he wouldn’t be able to keep this up for 20 or 30 years like his parents did. That same first week, Sam decided he needed to save as much as possible so he could get out of finance.

His first strategy was to track his expenses and decide to live on a certain amount every year – he decided on $30,000. He then started working on his goal to reach about $100,000 in passive income.

“If the amount of money you're saving each month doesn't hurt, you're not saving enough.”

After the financial crisis of 2008, a lot of things changed and Sam didn’t feel like the good guy anymore. He was working in finance and although he had nothing to do with the housing crash, he felt it was time to leave. Thanks to his hardcore saving and passive income growth, he was able to quit his job in 2012.

How He Grew His Passive Income

Sam understood that the easiest way to build wealth is through real estate. This was his main path to building wealth in his 20's, and he bought his first real estate property in 2003 in San Francisco: a two-bedroom, two-bath apartment. He bought it at $580,000 and lived there for a couple of years before buying a house. In 2014, he bought another property.

After selling the house he bought in 2005, he reinvested his money:

The year before he had already invested $250,000, so he was slowly building up a pretty diverse portfolio. Before he had been investing in condos and single-family homes, and now with crowdfunding, he was able to invest in commercial real estate. This provided him with a good opportunity to make money passively.

Sam also invests in REITs. What’s the difference between REITs and crowdfunding? REITs are huge and own hundreds of properties all over the country. Crowdfunding is narrower and you can invest in specific areas (like the Heartland).

He considers crowdfunding an alternative investment and believes no one should allocate more than 10% of their assets into it. Sam took to crowdfunding because it allowed him to diversify his real estate investments across the country.

He now owns physical real estate, REITs and real estate crowdfunding in areas he thinks will be growing. He tries to structure his portfolio so no category accounts for more than 30% of his net worth.

How He Left His Corporate Career

In 2012 at the age of 34, Sam had a net worth of about $3 million and had passive income of around $80,000 per year. His wife continued to work after he left so they still had a buffer for him to test the whole “early retirement” idea and make sure they wouldn’t run out of money.

His wife had a three-year timeline to save and invest aggressively – when she reached the age of 34, she reached her net worth goal and they started negotiating a severance.

Sam explains that the key when leaving a job is to negotiate a severance package. In 2012, his severance package paid him between $40,000 and $75,000 (after tax) every year for five years – another interesting type of passive income. His wife managed to leave and get a severance package of over $100,000 as well. For this reason, Sam always says:

“Never quit your job. Get laid off”

He explains that there is no downside to asking your manager to work something out that will help you transition your exit for a severance.

Related Interview: How Becoming a Parent Helped Me Retire at 41 – with Chris Mamula

Life as a Stay-at-Home Dad

Sam is now a stay at home Dad, taking care of his boy full time. His son has a ton of energy, and Sam took some time adjusting to spending so much time with his son. He explains that there have been quite a few moments of frustration when he feels he can’t bond with his son, and how exhausting it is to be taking care full-time of another human being.

Now that his son goes to pre-school, Sam has a lot more time during the week. He’s considering going back into the workforce and maybe working as a consultant or monetizing his blog more.

Sam gives us some tips when it comes to career and passive income. The first thing he says is don’t put your life on hold for a job that you don’t really, really love.

Passive income itself starts with the first step of saving: save as much money as possible until it hurts. “Hurts” means that you look at your expenses and you always look for ways to optimize. Then, look at the main ways to develop passive income – that could be through the stock market, the bond market or the real estate market.

He explains that those are the main three. Make sure to keep a check on the historical returns, interest rate and the capital needed to develop that passive income number.

An example: if the interest rate is 2.5%, you’ll need $1 million to generate $25,000 a year in passive income. There are various ways to do it, but Sam says to focus on the big three: stocks, bonds, real estate. The more you get into it, the more you understand and the more you’ll get hooked on building passive income.

Start with $100: how much capital do you need to generate $100 a year in passive income? At a 2.5% rate of return, you’ll need $4,000 in savings. $100 may not seem like a lot, but with $100 you can pay your coffee expense for the year. With incremental steps, you can suddenly now use that extra money to pay off lunch, and then pay off dinner.

Sam’s goal is in 2020 to generate enough semi-passive income to pay for preschool costs and healthcare – that’s an extra $5,000 that he’s aiming for. As he says:

“Start small and work your way up”.

Get your free consultation by visiting here. Mention Andy from MKM sent you!

If you enjoyed this episode, here are some excellent ways to support the show:

I truly appreciate the support everyone!

I’d love to hear from you!

If you’d like your question featured on the show, reach out and let me know. It would be my honor to support you in your journey toward financial freedom.

“Inaction breeds doubt and fear. Action breeds confidence and courage. If you want to conquer fear, do not sit home and think about it. Go out and get busy.”

What main three (real estate, stocks, bonds) are you investing in for passive income?

Please let us know in the comments below.

Andy Hill is the award-winning writer, speaker and podcaster behind Marriage, Kids and Money - a platform dedicated to helping young families build wealth and thrive. Andy's advice and personal finance experience has been featured in major media outlets like Business Insider, MarketWatch, Kiplinger’s Personal Finance and NBC News. Trusted as a personal finance influencer and corporate financial wellness speaker by global brands like JLL, Andy’s message of family financial empowerment has resonated with listeners, readers and viewers across the world. When he's not "talking money", Andy enjoys wrestling with his two kids, singing karaoke with his wife and watching Marvel movies.

Every Monday, The Marriage, Kids and Money Podcast provides you with actionable information to help you win with money.

We’ve interviewed over 100 millionaire entrepreneurs, award-winning authors and personal finance experts all with the goal of saving you money, making you money and protecting your family’s future.