Generosity and Financial Independence: 3 Ways to Give Back on your FIRE Journey – with Dave Mason 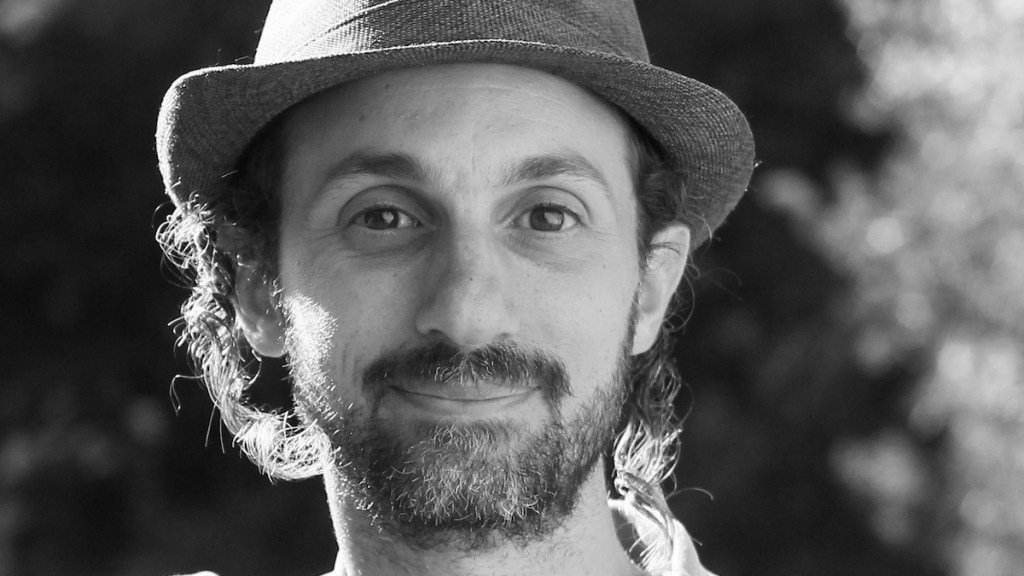 Financial independence is a great financial goal to pursue. As we try to save more and increase our income, where does giving back fit in? It seems counterintuitive to give away money when the goal is to save as much as possible.

A recent study by the Indiana University Lilly Family School of Philanthropy predicted an increase in charitable giving in 2020 and 2021, although this was all before our current world crisis. As the pandemic has undoubtedly rocked many Americans’ financial foundations, there’s a good chance that giving could decline in the coming years.

Author Dave Mason recently joined Andy for a conversation about his new book, his own giving journey, and why being generous with your money works with financial independence, not against it. Dave is the co-author of “The Cash Machine: A Tale of Passion, Persistence, and Financial Independence,” a financial love story weaved together with endless financial and life lessons everyone can apply to their lives.

Why Generosity is Important When Pursuing Financial Independence

Besides being an author, Dave is also an orthodox rabbi. He says that giving is an essential tenet of his faith, but he wanted to tackle the topic from a secular perspective. Dave realized that not every reader shares his beliefs, but everyone can benefit from the power of giving.

Being generous with your money doesn’t just impact those who you give to financially. Dave says that “Every time you give to somebody, it’s refining you.”

As an avid Tony Robbins fan, Dave brings up Tony’s idea of the six human needs. One of those needs is the need for contribution. People have an innate desire to contribute in some way.

Giving changes you. It makes you look at your finances differently.

Many people have the notion that they will give more when they have more, but the reality is we should be giving from the start to develop the right habits and attitudes towards money.

In The Cash Machine, a man named Luther offers to mentor the main character Dylan, but under the condition that Dylan gives 10% of his income. The reason for this condition, according to Luther, is because the world doesn’t need another taker. He wants to turn Dylan into a giver.

“Giving is like a muscle. You need to build it over time.”

Dave discovered a common theme in his research for the book — Wealthy people who emphasized the need to give to charity became wealthy. Giving impacts not only your attitude but also your financial decisions.

Dave says that he's more motivated to do intelligent things with his money when he gives generously. His motivation to make money is going up because of the impact he’s having through giving.

How to Practice Generosity When You Don't Give Much

If you find yourself in a situation where you’re not giving a lot right now, but want to shift in that direction, Dave has two suggestions:

Give to Everyone Who Asks

If you pass someone on the street and they ask you for money, give them something. It doesn’t have to be a lot.

It might not be enough to change their situation, but it shows them that you care. Dave says that for most of us, giving to people in need isn’t going to affect our budgets at the end of the month, but it flexes that giving muscle.

Dave challenges us to test out giving 10% for a month. In his faith, giving is the one area where we can test God, and He will actually increase your blessing.

Are you willing to run an experiment? Challenge yourself to give 10% (or another percentage) for a month. Dave says to chart your giving all month and then ask yourself:

Try it. Run the experiment. If you don ‘t see any change, then pull back. What does it really cost you to do this for 30 days?

3 Different Ways to Give Generously

Dave divides his giving into three areas he feels will make a big impact. He wants to maximize the money he gives away. Here’s how Dave chooses to make a bigger impact through giving.

Dave sets aside a specific portion of his giving to help people they know that are in need. This could be a particular family in their neighborhood, a family member, or a friend.

Another area of giving for Dave is charities that are making a big impact in the world. He recalls watching a Ted Talk years ago on the costs of providing blind people with a seeing-eye dog vs. the cost to restore someone’s sight in a third world country. For $50, you can provide surgery for someone who is blind because of cataracts.

Dave was so moved that he tracked down the speaker and found out about SEVA, the organization doing this work in other countries.

Knowing you can make such a drastic difference in someone’s life for $50 has a massive effect on your life too.

3. Money on the Street

This is the kind of giving mentioned before where you give to everyone who asks for help. Face to face giving helps build that human connection we all need. It also teaches us to stop averting our eyes to other people’s needs.

Related Article: How to Make Charitable Giving a Family Tradition

How to Give Without Enabling

For many of us, the struggle with giving is tied to what someone does with the money and whether it’s actually helping them. There’s always a chance that we enable people to continue bad money habits through our giving.

Dave says that when someone on the street asks for help, he doesn’t ask that question. Because the amount is typically small, he knows it’s not going to lift them out of financial hardship by itself.

In other situations, where he knows the person, he asks how he can help them. He also likes to approach it with conditions. Dave likes to give people two options:

Sometimes it's reading a book and following the steps laid out in it. If the person meets that requirement in the agreed-upon time, Dave is happy to give the whole amount of money.

He says some people struggle to meet the guidelines, though, and even ask for extensions. He thinks they should do whatever it takes to get it done. For Dave, it’s all about momentum. Setting a goal and reaching it has so much impact on your ability to hit the next goal.

Some people may have issues with asking others to meet conditions for financial help. The reality is it helps people more to assist them in setting goals and training them than handing them a check and going on your way.

Dave tells people that if they are willing to work to get better in this area, the amount of generosity he gives is much higher than if they just want the money and continue down an unhealthy path.

Requiring more lets people know you love and care for them and that you’re there to help. Our goal is to help people become self-independent. We should help them build themselves up to the point they don’t need help anymore.

How to Make Giving Rate as Popular as Savings Rate

Much of the talk within the financial independence community revolves around savings rates. Your savings rate is the percentage of income you save annually.

Dave says he’s noticed a shift recently, thanks in part to the pandemic that rocked the world. Not only have people lost a lot of money or the means for income, but many people find themselves in the financial position to help family and friends who are struggling.

Giving doesn’t mean we should shift our money from our savings rate to our giving rate. They should go hand in hand. When Dave and Chana decided to pursue financial independence, they set a couple of giving goals:

Set your savings and giving goals, so they go together, not battle against each other. Dave says in doing this, it motivates them to get to FI quicker because they love to give.

Advice for Those Struggling with Generosity

For those who aren’t giving much now, Dave has some advice:

Whenever possible, build human connections through your giving. The more you can get your giving to have an emotional impact on you, the more you see its power, and the more you will want more of it.

Start giving to everyone who asks for help and build up momentum. You’ll start to feel like a giver and will be motivated to continue to do more.

Build momentum. Give to people who ask. And you'll start to feel like a giver.

Where are you on your giving journey?

Please let me know in the comments below.

“Remember that the happiest people are not those getting more, but those giving more.”

Andy Hill is the award-winning writer, speaker and podcaster behind Marriage, Kids and Money - a platform dedicated to helping young families build wealth and thrive. Andy's advice and personal finance experience has been featured in major media outlets like Business Insider, MarketWatch, Kiplinger’s Personal Finance and NBC News. Trusted as a personal finance influencer and corporate financial wellness speaker by global brands like JLL, Andy’s message of family financial empowerment has resonated with listeners, readers and viewers across the world. When he's not "talking money", Andy enjoys wrestling with his two kids, singing karaoke with his wife and watching Marvel movies. 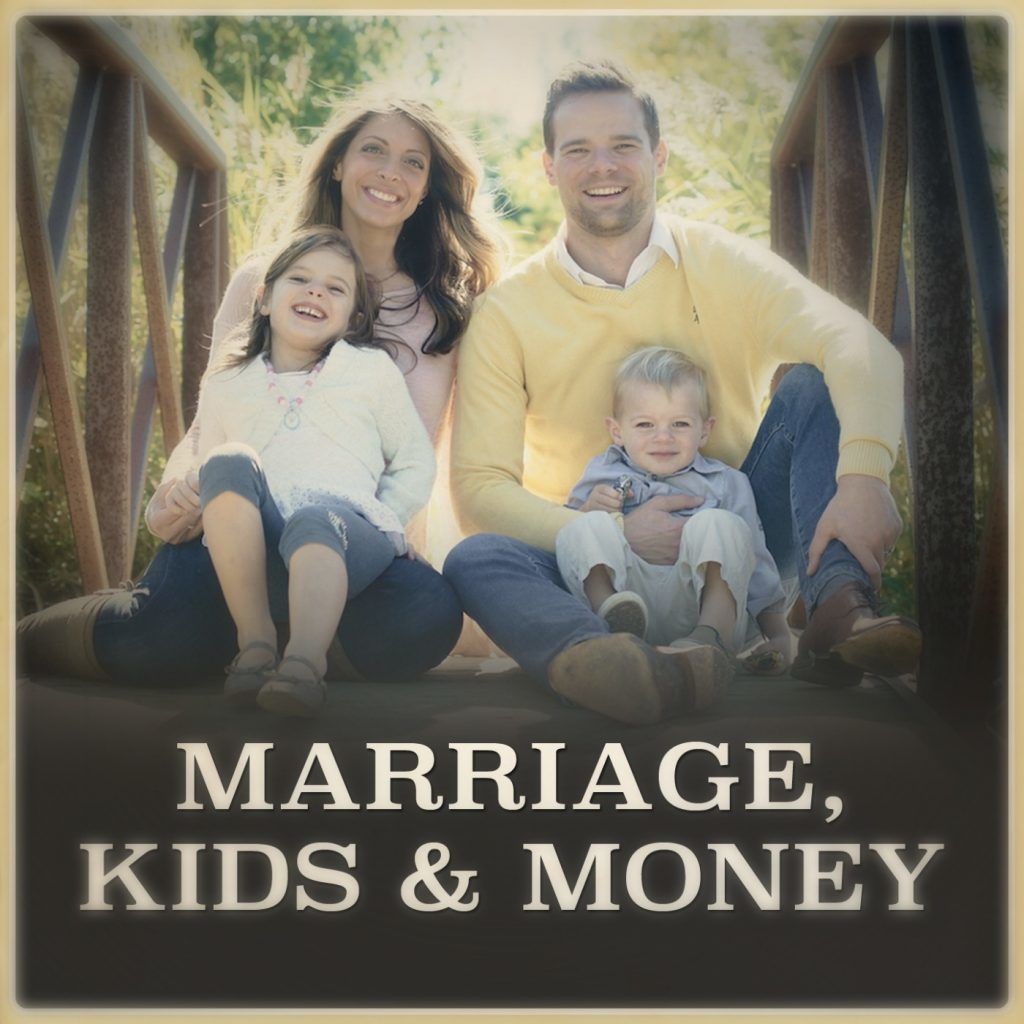 Every Monday, The Marriage, Kids and Money Podcast provides you with actionable advice to help you win with money.

We’ve interviewed over 200 millionaire entrepreneurs, award-winning authors and personal finance experts all with the goal of saving you money, making you money and protecting your family’s future.